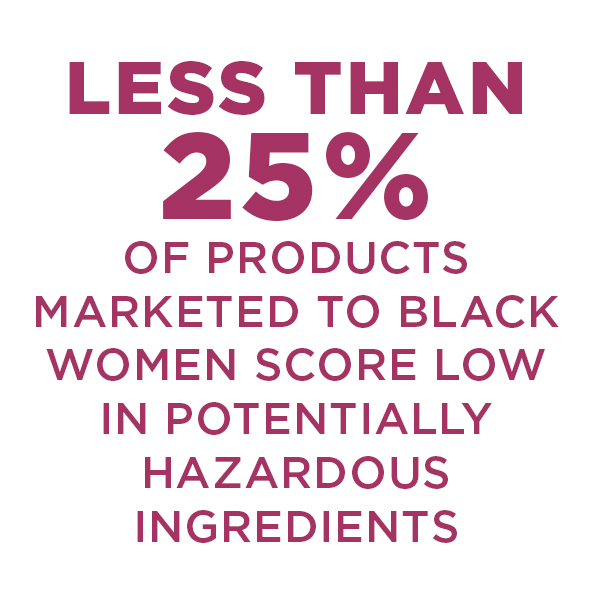 A smaller share of hair and beauty products marketed to Black women scored low in potentially harmful ingredients than products aimed at the general public, an EWG analysis of more than 1,000 products found. Because Black women appear to buy and use more personal care products, the limited options could mean they are being exposed to more potentially hazardous chemicals.

Black people make up about 13 percent of the U.S. population, but by one estimate, African-Americans’ spending accounts for as much as 22 percent of the $42 billion-a-year personal care products market, suggesting that they buy and use more of such products – including those with potentially harmful ingredients – than Americans as a whole.[1][2][3] 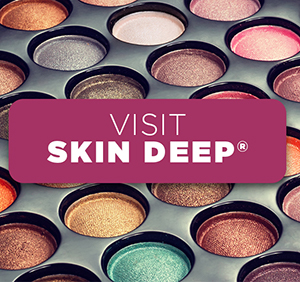 In an analysis of ingredients in 1,177 beauty and personal care products marketed to Black women, about one in 12 was ranked highly hazardous on the scoring system of EWG's Skin Deep® Cosmetics Database, a free online resource for finding less-hazardous alternatives to personal care products. Skin Deep® compares product ingredients to more than 60 toxicity and regulatory databases and scientific studies, and rates the products from 1 (lowest hazard) to 10 (highest hazard). With the addition of the products analyzed for this report, Skin Deep® now rates more than 64,000 products.

Not enough is known about the health hazards of cosmetics and other personal care products marketed to Black women. Advocacy organizations such as Black Women for Wellness, West Harlem Environmental Action and Women’s Voices for the Earth have reported on the issue and published guides for minimizing exposure to potentially hazardous ingredients, but the body of scientific research is woefully sparse. Still, the available studies raise serious concerns.

In recent years, the use of these harsh products has declined as Black women seem to favor more natural hair styles. The market analysis firm Mintel estimates that sales of hair relaxers marketed to Black women dropped by close to 40 percent between 2008 and 2015.[7][8] Conversely, sales of shampoos, conditioners and styling products marketed for use on “natural hair” are increasing. Between 2013 and 2015 alone, sales of “natural” hair styling products increased by about 27 percent, now comprising 35 percent of the Black hair care market.[9]

Although "natural" hair products presumably have fewer toxic ingredients than traditional hair straighteners, many of these products still contain potentially harmful ingredients. Laboratory tests on some products commonly used by Black women, including hair and skin lotions, conditioners and creams, showed estrogenic or anti-estrogenic activity,[10] meaning that they mimicked the effects of the hormone estrogen. Other studies have found that Black Americans had higher urinary concentrations of parabens, the hormone-disrupting chemicals commonly used as preservatives in personal care products, pharmaceuticals and foods.[11]

In 2014 and 2015, EWG scoured online and brick-and-mortar retailers, and specialty stores to catalogue ingredient details for products marketed to Black women. Recent studies have highlighted the hazardous chemicals to which Black hair salon workers are routinely exposed,[12][13] but we did not review salon or professional products, except for those also sold in retail stores.

Over 50 percent of the products were for hair care, including conditioners, shampoos, and styling gels and lotions. About one-fifth of the hair care products we evaluated were specifically marketed to women with curly hair, because according to our research such products are frequently used by Black women. The other half of products included moisturizers, makeups, cleansers and several other categories. All together, we collected products from over 50 product categories, with some falling in more than one category.

Using the Skin Deep® database, we evaluated the potential toxicity of each product: 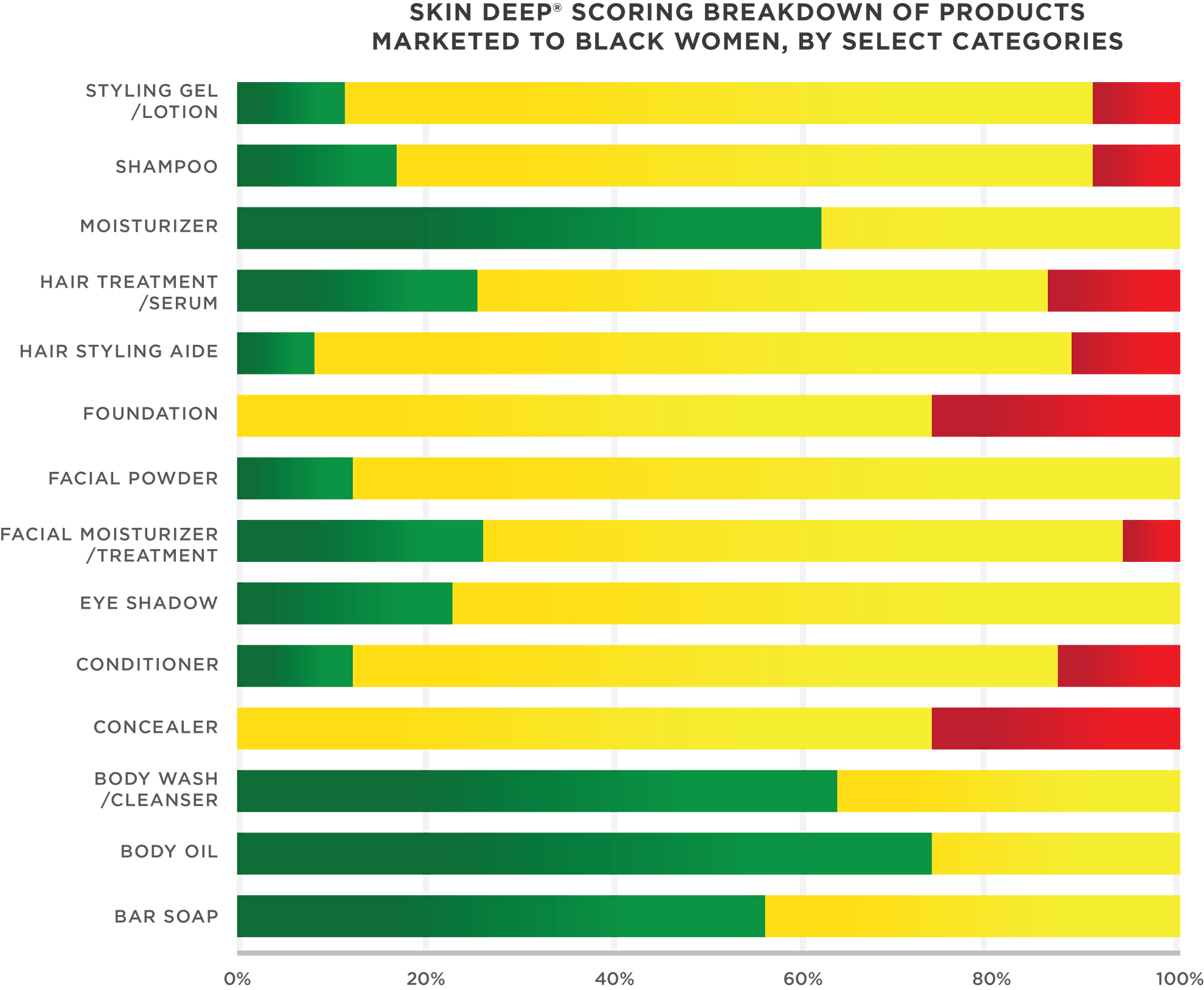 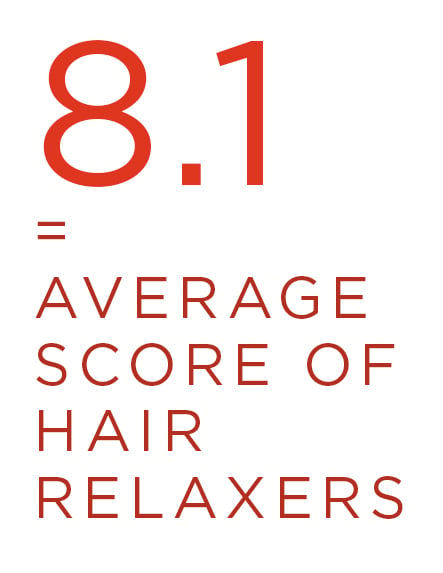 The 15 hair relaxers evaluated scored an average of 8.1 in Skin Deep®, solidly in the scoring range of products to be avoided. Thirteen of these products claimed to be “no-lye” treatments, supposedly safer for use because they exclude the caustic ingredient sodium hydroxide. But the analysis showed that these treatments still score highly for potential harm since they contain other hazardous ingredients such as parabens and formaldehyde-releasing preservatives, as discussed below. In fact, even calcium hydroxide, the chemical that replaces lye in the “no-lye” relaxers, is a caustic irritant.

We also evaluated 12 hair dyes marketed to Black women. This category was the only one for which every product analyzed scored poorly, placing these products in the high hazard range. Three ingredients of particular concern were found in all hair dyes analyzed: undisclosed “fragrance” mixtures; resorcinol, a hormone disruptor and sensitizing chemical that can trigger allergic reactions; and p-phenylenediamine, a sensitizing chemical for which there is also limited evidence of carcinogenicity.[14][15]

None of the concealers and foundations we reviewed scored in the low hazard range, and the average score of these two product categories were in the moderate hazard range. According to our analysis, most of these products contain hormone-disrupting parabens and retinyl palmitate, a form of vitamin A that has been linked to skin cancer when exposed to sunlight.

Many of the products evaluated contain hormone-disrupting chemicals such as parabens, ingredients linked to skin cancer such as retinyl palmitate, and ingredients that increase the risk of skin allergies such as formaldehyde-releasing preservatives. 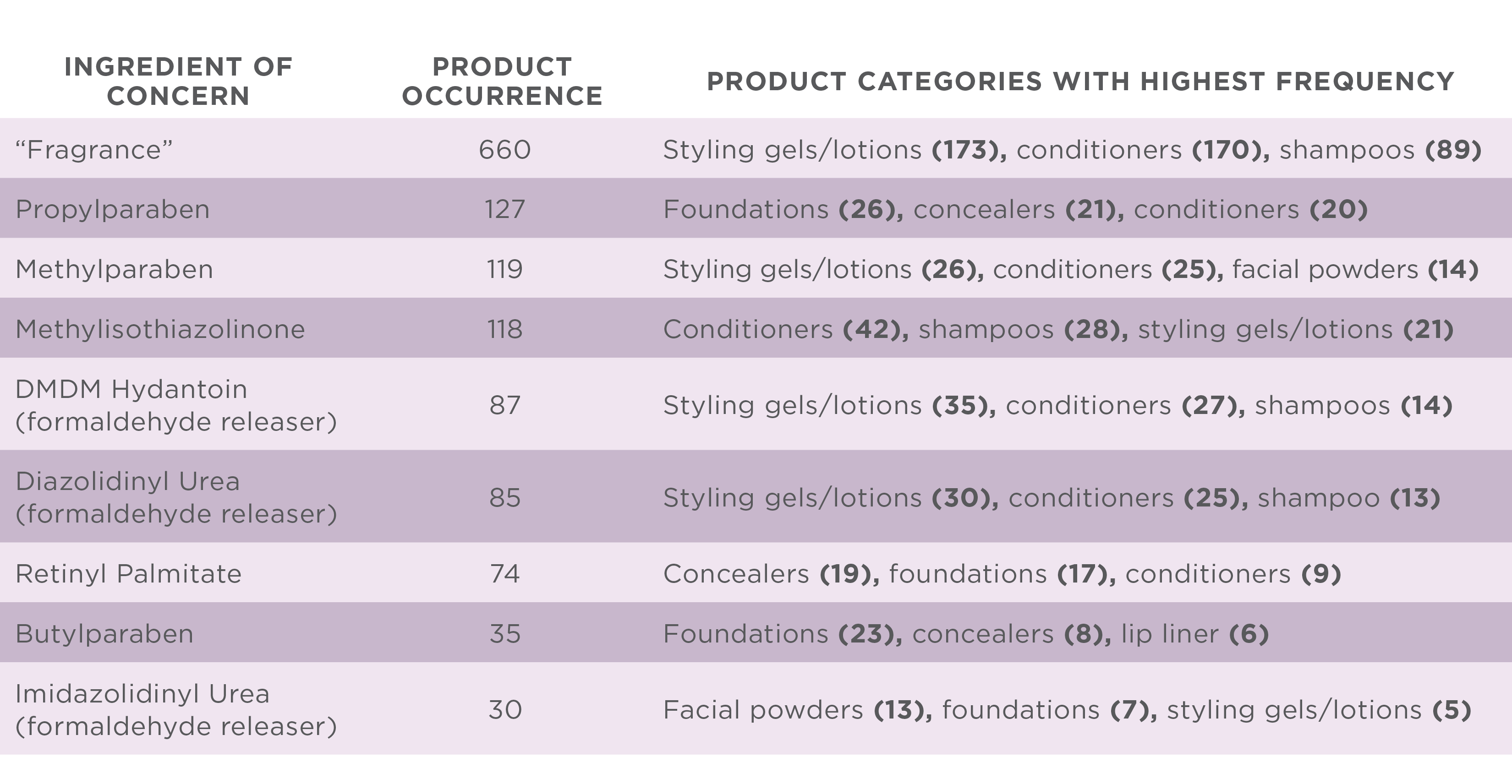 Butyl-, isobutyl-, propyl- and isopropyl- parabens, known as long-chain parabens, are more strongly linked to hormone disruption than the shorter-chained methyl- and ethyl- parabens. Exposure to these chemicals has been associated with diminished fertility,[16] lowered thyroid hormone levels[17] and other reproductive problems.[18][19]

Our analysis found retinyl palmitate in a number of products. Government tests show that this antioxidant ingredient can spur the growth of skin tumors and lesions on sun-exposed skin.[20] Almost two-thirds of concealers and more than 30 percent of foundations marketed to Black women contained retinyl palmitate. Because these products are meant to be worn on sun-exposed skin, they received poor Skin Deep® scores. Nine of 16 lipsticks we evaluated contained retinyl palmitate. However, we found that these lipsticks were just color variations of two different products.

We also found methylisothiazolinone in 118 products. The use of this preservative has increased over the years, but it is yet another potent allergen and sensitizer whose use has been restricted by several governing bodies in Europe, Canada and Japan.[22][23][24][25] 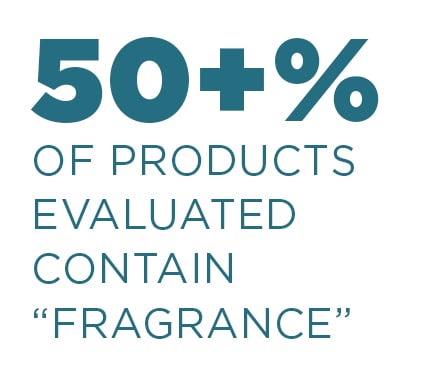 “Fragrance” is by far the most widely used ingredient of concern in our analysis, found in more than half of the products evaluated. The concern with “fragrance” stems from the fact that it is not a single ingredient, but a mixture of unknown chemicals hidden by a vague, umbrella term. “Fragrance” can encompass any number of more than 3,000 ingredients, all of which are kept hidden from the public. Because of this, products with “fragrance” score worse in Skin Deep®. Some fragrance mixtures are known to include ingredients linked to hormone disruption, particularly phthalates, as well as skin sensitizers and allergens.

1. When shopping for personal care products, use EWG’s Skin Deep® Cosmetics Database to find the products that do not contain hazardous and questionable ingredients.

2. If you are looking specifically for hair care products, look for our new category on Skin Deep®, Hair Products for Black Women. It features more than 500 products and will continue to grow.

3. The federal standards governing the safety of personal care products have not been updated since the 1930s. Urge Congress to update these laws so that Americans can be confident that the products they use every day are safe.

3 This report uses "Black" to describe not only people who identify as African-American, but Black people in the U.S. who come from the Caribbean or other areas. "African-American" is used only when a cited source specifies that term.

11 Kristen W. Smith et al., Predictors and Variability of Urinary Paraben Concentrations in Men and Women, Including Before and During Pregnancy. Environmental Health Perspectives, November 2012. Available at www.ncbi.nlm.nih.gov/pubmed/22721761

15 International Agency for Research on Cancer, IARC Monographs on the Evaluation of the Carcinogenic Risks to Humans, Supplement 7. World Health Organization, March 1987. Available at monographs.iarc.fr/ENG/Monographs/suppl7/Suppl7.pdf

19 Laura A. Geer et al., Association of Birth Outcomes with Fetal Exposure to Parabens, Triclosan and Triclocarban in an Immigrant Population in Brooklyn, New York. Journal of Hazardous Materials, March 11, 2016. Available at www.ncbi.nlm.nih.gov/pubmed/27156397

20 EWG, Guide to Sunscreens: The Problem with Vitamin A. Revised May 2016, accessed August 2016. Available at www.ewg.org/sunscreen/report/the-problem-with-vitamin-a/