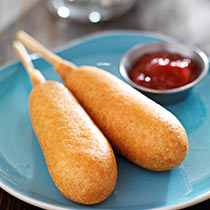 Phosphates are among the most common food additives, found in more than 20,000 products in EWG’s Food Scores database. They can be used to leaven baked goods, reduce acid and improve moisture retention and tenderness in processed meats. Phosphates are frequently added to unhealthy highly processed foods, including fast foods. In people with chronic kidney disease, high phosphate levels in the body are associated with heart disease and death (Ritz 2012).

In people without kidney disease, one study has linked higher phosphorus levels in the blood to increased cardiovascular risk (Dhingra 2007). Another study that followed more than 3,000 people for 15 years also found an association between dietary phosphorus and heart disease. Other research has reported similar findings (Foley 2009; Cancela 2012). The jury is still out about whether there is truly a link between the consumption of phosphate food additives and health problems. More research is clearly needed. Meanwhile, the issue is being taken seriously by some government officials. In 2013, the European Food Safety Authority began a high-priority reevaluation of added phosphates in food, but the deadline for completion isn’t until the end of 2018 (EFSA 2013).

Consider reducing consumption of foods with added phosphates and cut down on eating highly processed and fast foods. People with kidney disease should consult their doctors. Use EWG’s Food Scores to find foods without added phosphates 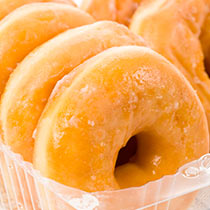 Aluminum is the most abundant metal in Earth’s crust. It can occur naturally in food, but people are mainly exposed through food additives (EFSA 2008b). Aluminum can accumulate and persist in the human body, particularly in bone. Additives containing aluminum, such as sodium aluminum phosphate and sodium aluminum sulfate, are used as stabilizers in many processed foods.

Animals exposed to aluminum in the womb and during development show neurological effects such as changes in behavior, learning and motor response. Neurotoxicity has occurred in people undergoing dialysis who received large intravenous doses of unpurified water, but a direct link between aluminum food additives and neurological effects has not been proven (Schreeder 1983; EFSA 2008b). A link with Alzheimer’s disease and other neurodegenerative disorders has been proposed, but the association remains unclear (Bondy 2013). While significant scientific uncertainty remains around whether there may be links between aluminum-based food additives and health effects, their widespread use warrants putting them on the “watch list.”