EWG’s Dirty Dozen Guide to Food Additives: Generally Recognized as Safe – But is it?

The government classifies some additives as “Generally Recognized as Safe” or GRAS. They are presumed to be safe in food and are not required to undergo pre-market review and approval. This system makes sense for benign additives such as pepper and basil, but there are enormous loopholes that allow additives of questionable safety to be listed as GRAS. Manufacturers can decide whether these compounds are safe without any oversight by the Food and Drug Administration – and in some cases obtain GRAS status without telling the FDA at all. 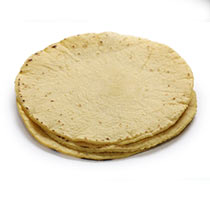 It’s hard to believe that propyl paraben, an endocrine-disrupting chemical, is allowed in food, and even harder to believe that it’s “Generally Recognized as Safe.” Studies found that rats fed the FDA's maximum limit for propyl paraben in food had decreased sperm counts. At this dose researchers also noted small decreases in testosterone, which become significant with higher exposures (Oishi 2002).

Propyl paraben is used as a preservative in foods such as tortillas, muffins and food dyes. People can be exposed to it either as a direct additive or as result of contamination during food processing and packaging. Tests done on samples collected from 2008 to 2012 found propyl paraben in more than half of them, including beverages, dairy products, meat and vegetables (Liao 2013). In a federal study, 91 percent of Americans tested had detectable levels of propyl paraben in their urine (Calafat 2010).

Check product labels for propyl paraben and avoid it. Tell food companies that hormone-disrupting chemicals should not be allowed in food. Use EWG’s Food Scores to find foods without propyl paraben. 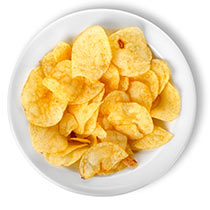 The FDA considers the preservative butylated hydroxyanisole (BHA) to be a GRAS additive – even though the National Toxicology Program classifies it as “reasonably anticipated to be a human carcinogen,” the international cancer agency categorizes it as a possible human carcinogen, and it’s listed as a known carcinogen under California’s Proposition 65 (NTP 2011; IARC 1986; OEHHA 2014). These designations are based on consistent evidence that BHA causes tumors in animals, although there is debate about whether these findings are relevant to humans.

The European Union classifies BHA as an endocrine disruptor. At higher doses, it can lower testosterone and the thyroid hormone thyroxin and adversely affect sperm quality and the sex organs of rats (Jeong 2005). One study reported that female rats given lower doses had a decrease in uterine weight, which may result from effects on estrogen metabolism (Kang 2005; Zhu 1997). Other studies found developmental effects such as decreased growth and increased mortality in rats that had not been weaned, and behavioral effects after weaning (EFSA 2011a; Vorhees 1981a).

A wide variety of foods contain BHA, including chips and preserved meats. It is also added to fats and to foods that contain fats and is allowed as a preservative in flavoring.

Look for BHA on product labels and avoid it. Use EWG’s Food Scores to find foods without butylated hydroxyanisole. 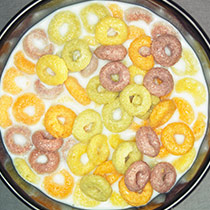 Butylated hydroxytoluene (BHT) is a chemical cousin to BHA that is also listed as “generally recognized as safe.” It, too, is added to food as a preservative. The two compounds act synergistically and are often used together.

BHT is not a listed carcinogen, but some data have shown that it does cause cancer in animals. Rats fed BHT have developed lung and liver tumors (EFSA 2012). BHT has also been shown to cause developmental effects and thyroid changes in animals, suggesting that it may be able to disrupt endocrine signaling (EFSA 2012). A neurobehavioral study of  rats exposed to BHT throughout development described effects on motor skills and coordination before the animals were weaned (Vorhees 1981b).

What you should do: Read labels and avoid products with BHT, particularly those that also contain BHA. Use EWG’s Food Scores to find foods without butylated hydroxytoluene. 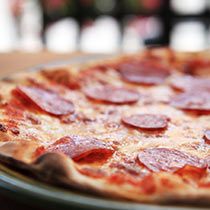 Propyl gallate is used as a preservative in products that contain edible fats, such as sausage and lard. It is classified as GRAS even though a National Toxicology Program study reported an association with tumors in male rats and rare brain tumors in two female rats (NTP 1982). These findings do not establish a causal link between propyl gallate and cancer, but they raise important questions about whether this chemical should be considered safe. A 2014 opinion by the European Food Safety Authority concluded that the available reproductive studies on propyl gallate are outdated and poorly described. In addition, there is incomplete data on whether propyl gallate is an endocrine disruptor; some evidence suggests it may have estrogenic activity (EFSA 2014; Amadasi 2009; ter Veld 2006).

Be cautious. Check labels for propyl gallate and consider avoiding it. Use EWG’s Food Scores to find foods without propyl gallate.
‹ Food Additives Linked to Health Concerns The FDA Failed Us ›