A project of EWG
Donate to EWG
Created in partnership with The Hallmarks of Cancer are the ten characteristics that differentiate a cancer cell from a normal cell. Over the course of a year, science translator Dr. Buddhini Samarasinghe tackled each of the the ten Hallmarks of Cancer in a guest blog series for Scientific American.

The blogs break down the basic biology of each Hallmark and what happens when the system breaks down. It is important to understand these Hallmarks as we investigate the influence of chemicals and how they may act individually and in groups to disrupt enough of these Hallmark mechanisms to cause cancer.

Currently nine out of the ten blogs have been published, and the tenth is being prepared.

Why is this paper so important? Cancer, as we know by now, is an incredibly complicated disease. A single tumor sample could have over a hundred different mutations; nearly one in every two hundred genes in the human genome. If two breast cancer specimens are compared, the set of mutated genes are far from identical. Every tumor is unique. Weinberg and Hanahan simplified this dauntingly complex disease to six underlying principles. The hugely complicated beast that is cancer, so diverse that even the same organ can have many different tumor types, was reduced to just six common traits that every single cancer shares, to facilitate that transformation from a normal cell to a cancer cell. It answers the 'how does cancer happen' question very elegantly, and we gain insight into all the different things that go wrong in a cancer cell. 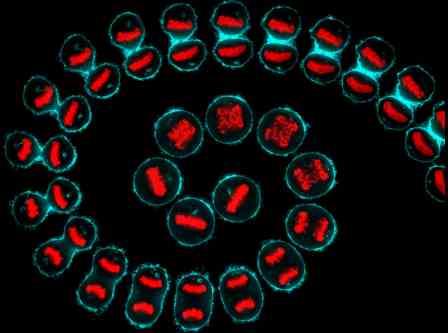 However, the science is not accessible to the public because the molecular mechanisms described require a specialist knowledge in the field of cell biology. I will go through each of these Hallmarks in detail and will explain the normal processes that occur inside the cell and then explain what goes wrong with this process in a cancer cell.

Cancer is so prevalent, and is a topic that we hear about on a daily basis. Cancer is also deeply personal; we know people who are directly affected by cancer, either themselves or a loved one. Not everyone has the knowledge to understand what is going on, and it can be very scary to hear the jargon from a doctor or an oncologist. To many people, cancer is the big scary 'C-word'. Trying to research it online is not usually helpful, as even Wikipedia has a confusingly large amount of jargon. This series will address that knowledge gap. It will demystify cancer, and answer the question 'why does cancer happen?'

Reprinted with permission of Buddhini Samarasinghe and Scientific American, September 11, 2013